Sign In
Turn on suggestions
Auto-suggest helps you quickly narrow down your search results by suggesting possible matches as you type.
Showing results for
Search instead for
Did you mean:
Options
Highlighted
Ben-RO
Uber contributor

Exercise- how do you do it?

I'm not the best at exercising. Going to a gym just doesn't work for me. I just don't really have time to go and also i feel like the guy in the blue T-shirt in this video- even though I know on some level that people at Gyms are actually really nice and helpful!

BUT, when i do exercise, i feel better, random aches and pains go away, and life and my mental health are just more awesome.

So over the last year I've worked really hard at going from doing a tiny bit of exercise when i feel motivated enough to exercising every. single. day. And it's been great! Yay!

So I'm making a thread to think through tips and tricks to getting motivated to do a bit more exercise. Here's mine, share yours below!

1. Make it a habit- do a bit of exercise often and eventually it becomes part of the routine that you don't even thinking about, like brushing your teeth or having a cup of coffee in the morning.

2. Start small- instead of planning out a giant weight lifting routine, or making hours of time to go for a huge run, just make 10 minutes every day to do some push up, or run up and down the street. But make it a habit to do that little bit! (See1).

3. Make a public commitment- for me, telling two of my friends that I wanted to exercise every day for 2 months and saying I'd buy them both a really nice dinner was enough to make me actually get started... even if i still bought them dinner

4. Make extra exercise part of something else you do- Instead of catching the bus or driving to work, i ride my bike. Instead of getting the lift, i take the stairs. Where i can squeeze extra stuff in, i do. And it helps

Anyway, enough about me. Share your exercise tips below!

This thread is so important.

I used to make it a point to exercise every day but this year, for a variety of reasons, I've fallen off the bandwagon.

I've been starting myself off slowly by exercising (by going on the treadmill) once a week. I've always had really tight calves/hamstrings because I was born quite premature, and stretching them is really important for me.

I've been starting small. e.g. when I'm waiting for the kettle to boil or even just sitting in front of the TV, I try to touch my toes or do some other stretch. And I take the stairs instead of the elevator at uni/shopping centres.

Those are some ways I try to incorporate physical activity into my every day life...

I'm going to keep considering options for scheduling it in.

I find it difficult to self motivate - like I've tried making a habit of running in the past, but sleeping in is so much better...

I'm much better when it comes to team sports. I've played basketball, netball, soccer, and football in the past, and I always go super hard for the full 90 minutes (or however long a match is). I think it's like team accountability, or maybe competitiveness or something. I like that team sports are fun and social too

I'm lucky that I live super close to an old quarry which has since been turned into a lake/nature reserve, with a water fountain and everything

it makes it so much easier to motivate myself to go for walks when there's lovely scenery nearby. I'm the opposite to @roseisnotaplant though in that I hate playing team sports (social anxiety amirite?

This is such a great thread!

I recently got back into exercising after a period of being really unmotivated and I'm working on getting better at it!

Some things that have been working for me are:

- Associating exercise with that feel-good rush of endorphins and energy instead of something that I have to do. It's kinda turned the gym into a place I associate with feeling good instead of feeling awkward like I used to

- Switching up my routine every so often - I really enjoy researching new exercises or watching YouTube workout videos. I get super excited to try out a new workout or exercise which also helps if I'm feeling bored of doing the same thing all the time

- I try to walk everywhere (within reason) - just switching out some unnecessary public transport trips (like a 2 minute bus ride) with a walk has really helped me stay active (and save a bit of money!). I also try to take the stairs as much as I can. I started a new job where I have to move a lot between levels so I've made it a thing that if I have to go up or down 1 level, I'll have to take the stairs. It's a little change but it's helped a lot!

- exercise with friends - it's a fun way to keep in touch with people. It doesn't even have to be going to the gym together, it can be going for walks or doing a goofy workout video together at home! 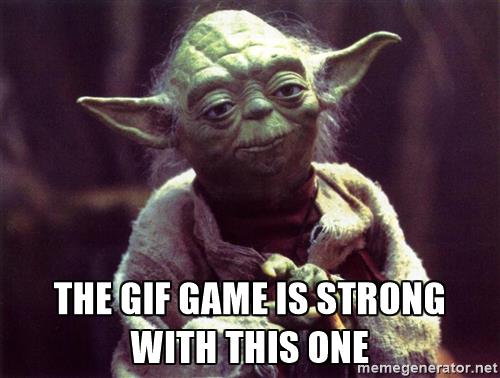 @Ben-RO I went for a walk/run for the first time in ages this morning so this is highly relevant to me!

As I was going on said walk/run I was reminded of how much I strongly dislike running. And for the first time I told myself - that's actually ok! Don't do it then!

So I allowed myself to walk most of the way and just run for little bits if I felt like it. I focused on the music I was listening to, the sunshine and exploring the streets around my house.

I think this is really important for me to building a habit. If I force myself to do something that I hate then I won't want to do it again. But if I take the things I actually like doing and focus on that then I will be more likely to do it again!

I also have started riding to work because it is much quicker than catching the tram and have noticed my fitness improve because of that even though it isn't very far.

I'm one of those people who hates doing exercise for the sake of it - I like playing sports and bike riding places but never want to go to the gym ever again! Haha

@Ben-RO On tips 1 and 2, there's actually a really great way of combining the two!

Think of a habit that you do everyday (doesn't have to be anything complicated, could be something as simple as brushing your teeth) and a really small exercise (e.g. one squat, sit up, lunge etc.) that you could pair with that habit and do each time you do that habit throughout your day. The idea is to start really small so that the exercise becomes just as much of a habit as the thing you pair it with, then after that you can build it up to more.

Alrighty guys. So with uni out of the way I am going to try to walk the dogs. Which will be my way of getting exercise. I'm hoping to take the older pup on bush walks and stuff and then the younger one... well let's just see how we go

SO to go through the dot points...
1. In winter it'll be easier to go any time of the day, but during summer I'm hoping to make it part of my wake-up routine, to help me in the mornings.
2. Just walk the dogs. One at a time. Around the block or down to the lake depending on which dog and the time (and temperature

)
3. I am telling you, RO, that I will be walking my dogs AT LEAST 5 times a week. If I have walked the dogs 20 times in the month, then I will be allowed to buy myself a book. ONE book. (unless it's a box set of a series I'm reading, because that is so much better than buying them individually, plus all the covers are the same

)
4. Well, I always take the stairs anyway. There's not much to do here but when I start uni again, I'll try to walk to the train station (so long as it's not in the middle of the day because I don't want to melt into the pavement

I need to be doing something when I exercise though. Like, I can't just go for a walk, it needs a purpose

Good thing for the dogs right? Because then my walk has a purpose

@lokifish you're so lucky to live near an awesome place. I live in a boring suburb which makes walking rather boring