Sign In
Turn on suggestions
Auto-suggest helps you quickly narrow down your search results by suggesting possible matches as you type.
Showing results for
Search instead for
Did you mean:
Options
Highlighted
Animallover2003
Super frequent scribe

Talking to my friends about depression

I've been wanting to talk to my friends about my depression and all but, I just get scared of what they may say about it.

I'd love to have a talk with someone.

Hi @Animallover2003 and welcome to ReachOut! It was great to see you around the forums yesterday making a ton of posts. We look forward to getting to know you better

It sounds like you are considering a big step; talking to your friends about experiencing depression. Is this something you have been considering for a while?

Talking about what you are going through can be really helpful- friends can be a great resource and shoulder to lean on when we need to! When they know what you are feeling, it can help them make sense of what is happening, and be a listening ear. That being said, it can be so daunting wondering how they will take the news! I still remember the many weeks I spent questioning if and how I would tell my friends about my experience of depression and I am sure that so many members here have also been through this decision too

Have you spoken to anyone about depression before? If you were to tell your friends, what are your biggest concerns? And what could be the benefits too? 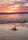 I'm just here to check in with you and see how you're going? Have you been able to tell your friends how you have been feeling? and if not, is there anything that you'd like to talk about specifically that maybe we could help you with?
Hope you're doing well and enjoying the beautiful weather

Hey @Animallover2003 , I totally get what this is like. What is super important to remember is to go at your own pace and tell your friend at a time/place you feel comfortable with, and only tell them the details you feel comfortable with. If they ask questions, it probably means they are curious, care about you, and want to do there best to help you. However, you never have to answer anything about your depression that you don't feel comfortable expressing!

This may sound weird, but actually rehearsing and preparing a speech or some rough notes of what you are going to say to your friend may help ease some nerves, and take the unpredictability out of it. Sometimes, although it may seem a little awkward in the moment, structure and premediated thoughts can be the best thing.

You can work out your boundaries and what you want them to know, and why it's important that they know it. Do you want them as a part of your support network? Do you just need to vent? Do you need some advice about something specific that they can help you with? All of these are valid reasons.

I hope this proves useful if you decide to tell more mates or anyone else in your life!

Sorry for the late reply.

I'd be lying if I told you I was fine.
I haven't been able to tell my friends what's going on in my life, but they've found out about my self harming so I'm sure they know of my depression.

Telling my friends has definitely been a thing on my list to consider doing but I haven't really had the guts to tell them. However, a couple of months ago my school had a swimming Carnival. I decided to wear a onsie, because why not? But, I forgot I was wearing a short-sleeved top underneath. Due to the hot weather, I decided to take it off. I didn't notice my self harm scars were showing and so they found out. I nearly had a panick attack, but I managed not to. Phew! Me, having a panick attack with my friends close by, I don't know how I could calm myself down.

In the past, when my depression was taking over my life, I have had to go see my school, counselor as well as a phyciatrist in my own time. It has helped a bit, but I felt guilty because I'm somehow a really good actor and can mask out my depression. So, my phyciatrist believed I was getting better, I don't really know what happened then.

My biggest concerns would be about telling my friends how they've also affected me. Recently, I've seen posts on their Instagram accounts of them going out and having fun. It hurt because they never really invited me to anything. Not even sleepovers. I've been feeling so left out these days Back in year 10 when I even tried to... commit death, they still left me out of their outgoings outside of school. It was so hard for me, I couldn't take it. It's just so hard to think about, my own friends outside of school. Laughing, having fun, drinking milkshakes. Even my bestest friends never invited me out with them.

I've been doubting myself alot, I'm able to tell myself I'm not ugly, dumb, fat Et cetera. Everything from my past, that I hate I've done, engulfs me and I become angry and sad at myself. It's hard to explain, the littliest of things make me angry and irritated so I get the urge. I usualy can't fight the urges, they take over.

Firstly, I'm so sorry that you continue to feel (so unwillingly) detached from your friends. Seeing them out and about on social media must feel very tough on you and might be exacerbating how you are already feeling. In saying this, maybe take some time off social media and hang here instead if you feel this a good safe space for you that isn't caught up in your friendship dynamics. That way, if/when you want to tell your friends about the depression, you'll have a fresher head and the fact that you feel isolated based on what you see based on thier social media posts won't be at the forefront of your mind, influencing, what how and when you tell them about your depression.

Alongside this, you could also try and increase your face to face time with your support network- Do you have anyone that you could reach out too, personally or professionally? I know masking how you really feel can be a valid coping mechanism, but you have anyone you can be vulnerable with?

It sounds like you've been sitting in a hard place, it can be so hard when our mind keeps replaying over the things that have gone wrong in the past, and I hear that you've been having a lot of negative thoughts towards yourself.

You say that when you're feeling really angry and irritated you get the urges, I'm wondering what that looks like for you?

We have some great resources on self-help techniques for when you're wanting to self-harm,

Some people find it really helpful to come up with a list of strategies that they can use when they're having those urges to self-harm, it can look different for each person - some ideas include holding an icecube, journalling, or playing video games, they are all ways of helping ourselves to cope while we wait for those feelings to pass.

I hear your concern about telling your friends about how they've affected me, and it sounds really tough for you seeing them enjoying themselves on social media. I think @Tay100 's advice is really fantastic - and something else I remind myself of sometimes is that social media is basically often a curated version of the 'highlight reel' of someone's life, things often look a lot more exciting than they actually are. But it really sucks feeling excluded

It's great that you found seeing a counsellor and psychiatrist helpful in the past, a good mental health professional can help you build up your skills to cope with panic attacks and self harm. Do you think that it might be helpful to see someone again?

Thanks so much for updating us, I'm sorry to hear that things are still hard, but it's really great that you've reached out here

Yeah. I have an app I downloaded on my phone called 'CalmHalm'. I've used it some times, I find it really does help. School isn't really helping me at all, all the stress and anxiety. I will definitely take @Tay100 's advice, I like to spend my time writing and reading fanfictions, it's fun and calming.

I think it may be good to see another psychiatrist but the thing is, I really don't want my parents finding out that I still have depression. They probably thought that after I "finished" therapy, that I was alright. But, no. I really hated seeing that look on my parents' faces as well as my mother crying after what I had attempted, it just made me feel worse. I even remember what my father made me promise. And that was to never try it again, and of course, I said 'I promise'. I also don't want to have to tell someone again, and again of what I'm going through. It just gets annoying.

Hey @Animallover2003 , it's great that you find the app helpful, and writing fanfictions sounds awesome!

I can really empathise with you not wanting to worry your parents, especially when you remember how hurt and upset they were in the past. And I can really understand how hard it can be thinking of having to start a new relationship with another mental health professional who doesn't know you or your story. But asking for help really is a sign of strength, and depression can often have a way of sneaking back on us when we don't expect it. As a parent myself, I can truly say that I would  never want my child to feel like they had to go through that alone, because they were worried about how I'd react

That being said - there are also options if you'd prefer to talk to someone without your parents, would a service like eHeadspace be something that might work for you?

You can also use our widget that you can see on the screen called NextStep to explore options for getting some help that might appeal to you - it's a really cool, evidence based tool that can give you options of different services that might be a good fit for you

What do you think?

I agree with what everyone here has said thus far, a service like eHeadspace may really benefit you in particular, I think. I know retelling your problems can be super draining but I feel like it's worth it as professionals actually know how to take what you are telling them and use it productively so you actually get something out of being vulnerable, if that makes sense!