Sign In
Turn on suggestions
Auto-suggest helps you quickly narrow down your search results by suggesting possible matches as you type.
Showing results for
Search instead for
Did you mean:
Options
Highlighted
Myvo
Post Mod 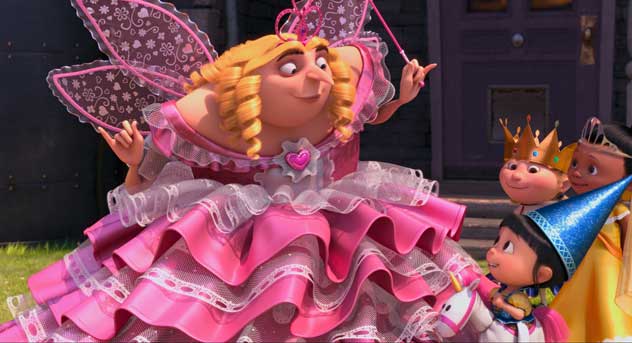 Father’s Day is coming up! To celebrate all paternal things and people, it can sometimes be an absolutely wonderful or awkward occasion. Every year, shop catalogues and advertisements display such a diverse gift range to give to your dad and promote an idealistic version of the father-child relationship that's just not real life for so many of us. It can also be a sad reminder if your Dad isn't someone who has been around or played a positive role in your life. But sometimes, we tend to forget the small things and that there are other ways to acknowledge the male role models in your life, which for some are your dad but for others maybe not.

I’ve never had a great bond with my dad growing up – the kind you see in photos promoting family fun. Sometimes, it can be rather questionable whether we even know each other. Many family happenings could tell you why we’re like this. Although, there is a kinder side to my father than my stubborn self would care to admit.

My dad is a goofy one. You would usually see him wearing an old shirt inside out that goes down to his knees, worn out trousers and a pair of sandals,  standing in a slightly stooped posture, with his hands behind his back. His hobbies include eating fruit and bread, watching SBS, drinking coffee, gardening, and having a smoke. When I was at school, he would always ask whether you were hungry for snacks. When I started uni, he used to drive me to the train station early in the morning. Just the two of us sitting there with our morning coffee, waiting for the train on the platform before he would wave goodbye and slowly make his way up the stairs.

As a kid, I was envious of how people had better relationships with their dads – who just seemed to be fantastic role models. I used to be embarrassed because of his mannerisms – like the way he dressed and the way spoke in his thick accent. For very much of my life, I did try dissociate from him. But, if I am being honest, I’m growing to look more like him every day.

But over time, I learnt that my dad tried, and despite the many mistakes, he’s still my dad. There are also other people out there that are spectacular male role models out there too – not just your dad. If your father isn't someone in your life or not a good influence, I've found that Father’s Day doesn’t have to necessarily be for biological dads specifically; that it can be for any other amazing male role model in your life. Or your mum – because some mums play the role of both parents! It’s a day that can be celebrated in your own way and it gives the chance to say thanks.

***Whether you want to say how awesome your dad is or talk about another great paternal figure in your life, or you’re a dad yourself, or you enjoy dad jokes - we want to hear from you! Join us to chat about online friendships on Monday 1 September at 8pm, AEST!***

Dont know if I will be participating tonight as this isn't really a topic I can find any good in for me. But will read everyone elses answers...
//You can stay afraid, or slit the throat of fear and be brave//
0 High Fives
Highlighted
Myvo
Post Mod

Welcome to tonight's Getting Real session about fathers. @m-y93 and I will be chatting with you all about dad stuff.

Some of us may have some great, not-so-great, or just incredibly awkward relationships with our fathers. Father's Day is coming up but that doesn't mean that it's just for dads. We could celebrate this with the important male role models, our father figures, friends or our mums in our lives. There's not just only one way of participating in this shindig and there's also not just one type of family either!

Just before we start, please keep to the community guidelines and have a read if you haven't already. If at anytime, you feel that you need to talk, please check out emergency help.

To start us off for this evening, our first question:

1. Is Father's Day an important day for you? Why/why not?

I think that it's also great to follow the discussion and read about other members' experiences!

Hi everyone thank you for joining us tonight!!! For me fathers day is very important, I've been lucky and blessed to have such an amazing father and a day dedicated to him means alot to me. I know not everyone has a good relationship with their father or their father wasn't present during their life but hopefully we have a father figure in someone.

1. Is Father's Day an important day for you? Why/why not?

I decided to particpate, I can't miss out!!

Fathers day has never meant anything in our family. My dad's parenting skills were/are nothing to celebrate to be honest. But growing up, fathers day really was just another day.


//You can stay afraid, or slit the throat of fear and be brave//
0 High Fives
Highlighted
Myvo
Post Mod

@m-y93 Awww! That's awesome that your dad means lots to you and that you can take the day to celebrate what makes him special

But I guess when I went into care, I realized that the families I went into did celebrate fathers day and had a reason to - although each family I stayed with did it differently.
//You can stay afraid, or slit the throat of fear and be brave//
0 High Fives
Highlighted
Myvo
Post Mod