Sign In
Turn on suggestions
Auto-suggest helps you quickly narrow down your search results by suggesting possible matches as you type.
Showing results for
Search instead for
Did you mean:
Options
Highlighted
annabethxchase
Uber contributor

One of my favourites, thanks @litgym for this one

'Your hardest times often lead to the greatest moments of your life. Keep the faith. It will be worth it in the end'

No rain. No flowers.

I saw this on Tumblr a few years ago and its always stuck with me. Not sure where it originated from. 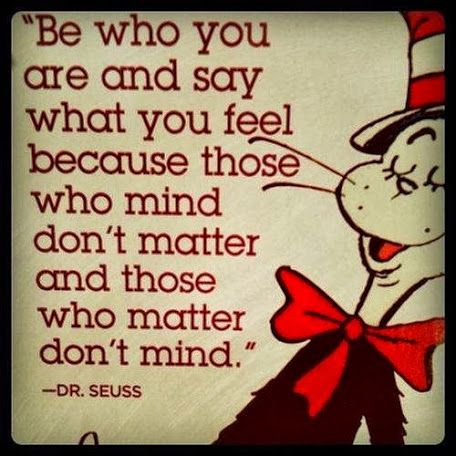 This quote dramatically changed my life. It is a quote from Theodore Roosevelt, but I first heard it in one of Brené Brown's Ted Talks about dealing with vulnerability and shame. I heard this quote while I was in the midst of my HSC, coming out as LGBT, being bullied, and coping with my first serious bout of OCD and depression. It inspired me to hold on and keep showing up to school every single day, no matter what was in store. 3 years later, it still fuels my fire during the most difficult times, and reminds me of the importance of persevering through adversity and taking a chance on myself. I hope it can help someone else in the same way xx

"It is not the critic who counts; not the man who points out how the strong man stumbles, or where the doer of deeds could have done them better. The credit belongs to the man who is actually in the arena, whose face is marred by dust and sweat and blood; who strives valiantly; who errs, who comes short again and again, because there is no effort without error and shortcoming; but who does actually strive to do the deeds; who knows great enthusiasms, the great devotions; who spends himself in a worthy cause; who at the best knows in the end the triumph of high achievement, and who at the worst, if he fails, at least fails while daring greatly."

Take the risk or lose the chance

This one's pushed me to have a go at some of the things i've thought about but i'm not sure where it's from.

Join our Slow-Mo GR this week all about coping with uncertainty!