Sign In
Turn on suggestions
Auto-suggest helps you quickly narrow down your search results by suggesting possible matches as you type.
Showing results for
Search instead for
Did you mean:
Options
Highlighted
Craycray17
Post Mod

Woo how it's like a petshop, @KiKi_19
we are what we repeatedly do - aristotle
0 High Fives
Highlighted
KitKat
Post Mod

1) What is your favourite way to unwind after a big day? It probably sounds awful but eating, haha! If I've had a long day or a stressful day, nothing feels better then coming home and having a bite of something delish! (so you're not alone @seaweed! Haha).

2) What do you want to be doing in 5 years? Living in my own place with my partner and still working in the Criminal Justice system. Hopefully I'll have developed my casework skills by then and will be able to do some casework.

3) What is your favourite artwork? I have two! The first, with the writing, is by Joel Birch, who is a member of my favourite band! He does artwork based on the lyrics of his bands + some of his favourite bands. I actually brought my partner a signed print of this same artwork a few years ago! My second is basically anything from the artist 'Sylvia Ji', she does a lot of artwork involving girls with elaborate sugar skull make up and headdresses. There's just something about their hair that I love! 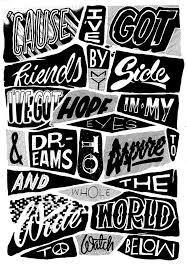 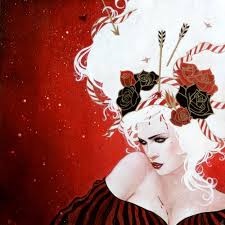 4) What is a value or belief that you hold to be true that some people might disagree with? If you say something like "Yeah, I accept them as a person and accept their lifestyle / choice / religion / sexuality and would never ask them to change BUT I don't think they should flaunt it / show it off / rub it in our faces / do it in front of me  / post it on the internet" then we're going to have a problem. If you can accept someone in private for who they are, but are unwilling to accept them in front of other people (for example, for fear of losing face, because you know that others don't etc) then in my eyes you haven't truely accepted them.

5) What do you think the ReachOut forums should become? Exactly what it's becoming now! An awesome place for people to come and chat and hang.

Hi, I used to come here to vent / get advice last year, and still may do so, but I thought I'd come back and try to offer some help this time too.

I'm living far away from family and I've only made 1 legitimate friend since being in the city. I'm staying in student accommodation and going to Uni. Still haven't found a job either.

Not really sure what else to say about myself. The only hobby I really have anymore is gaming but that's still more of a way to procrastinate from doing study than a hobby. I used to draw but I'm so out of practice now and I don't have the patience to watch myself produce shitty artwork until I get beter again.

Oh also just going by this month's 'theme questions' for introductions, I think I hold a lot of beliefs that have bothered most people I tell. But I guess my take on sex, gender, and relationships is about as liberal as it gets. Whenever I begin explaining these things to people it's usually met with statements like "each to their own" or "fair enough man (patronising tone)" etc. but never actually leads to discussion because people close-up about it. Basically I just think everyone should be happy, and that in itself is an overused statement, but not readily understood I think. Lots of people claim to have the view that other people have the right to be happy, but hold discriminatory views when it comes to some things like gender roles, age, sex, race, polygamy, and all manner of other things, whereas I mean it absolutely. I used 'Androgynous' on the signup form here simply because I don't ackowledge gendered behavious and traits as something we should label ourselves with. I could have for example said I was male (my sex) but then a lot of people would begin forming assumptions about how I am based on their idea of masculinity, and that would likely be far from accurate.

Hey kitkat, thanks for sharing the artworks, they are really cool!

Forest_green feel so good reading your outlook on the differences between gender and sex. Not enough people have this view that I share with you. Gender is fluid just like sexuality!
we are what we repeatedly do - aristotle
1 High Five
Highlighted
Craycray17
Post Mod

@KitKat, @FOREST_GREEN, sorry!
we are what we repeatedly do - aristotle
0 High Fives
Highlighted
seaweed
Rookie scribe

Refn is a little bit of a psychopath but Bronson and Only God Forgives are also really interestinf films if you ever get the chance lol. But Drive is by far his best and most emotional!

They are now on my list, thankyou @seaweed! And hey, you sound like you appreciate a good movie, why don't we start a movie forum and do mini reviews on them!
we are what we repeatedly do - aristotle
1 High Five
Highlighted
dreamcatcher
Youth Ambassador

I used to be a really active member of the Forums but have disappeared for a while, so I thought I'd get back into it and reintroduce myself <3

1) What is your favourite way to unwind after a big day? Watch Friends and play some online video games with friends.

2) What do you want to be doing in 5 years? Still cosplaying and being a dork. #nevergrowup

3) What is your favourite artwork? (this can be a song or a story or a poem too) I love anything by Frida Kahlo, Edvard Munch or Vincent Van Gogh (literally a art nerd). But I love music more and if I started listing favourite songs or books we would be here for a while

4) What is a value or belief that you hold to be true that some people might disagree with? Compassion is key. I know a lot of people at my college think that that's rubbish

5) What do you think the ReachOut forums should become? Less awesome, give the other forums a chance! (haha I kid. Keep it rad, dudes)

Welcome back, @dreamcatcher! That's awesome about the cosplay, what do you cosplay??
we are what we repeatedly do - aristotle
1 High Five
Highlighted
dreamcatcher
Youth Ambassador