Sign In
Turn on suggestions
Auto-suggest helps you quickly narrow down your search results by suggesting possible matches as you type.
Showing results for
Search instead for
Did you mean:
Options
Highlighted
mspaceK
Builder

It's beautiful weather outside. I'm so tired from work this morning and I feel completely lost on what to do with myself. I have hardly any motivation.

Damn. That's so annoying for you. You obviously got your hopes up for the appointment

. It unfortunate that the therapist called in sick. But it's really good that you were looking so forward to the appointment - this is the sort of great attitude that I'm referring to in my last post

. It's also awesome that you prepared for appointment by writing down how you feel -  at least preparation for next weeks appointment is done now. Hopefully next week comes around quickly

If you feel you are unable to cope until next week, i'd recommend calling a helpline. Is that something you'd consider? See our urgent help page here. If you don't want to talk about your mental health issues and just enjoy a chat, it might be an idea to call Friendline - they're only available from Tuesday-Thursday from 6pm to 8pm AEST so keep that in mind.

Yes the weather is beautiful today. After you have a well-deserved rest, why don't you jump into the shower (if you haven't already) and go for a walk? It's nice to just get out of the house sometimes. And if you're anything like me, I'm never really 100% awake until I have a shower, haha.

I like drawing people, animals, and flowers. I'll show you a drawing I did of my boyfriend and his sister as children for their mother's birthday. I've rubbed their faces out to stop them from being identifiable. It's probably my favourite one so far. 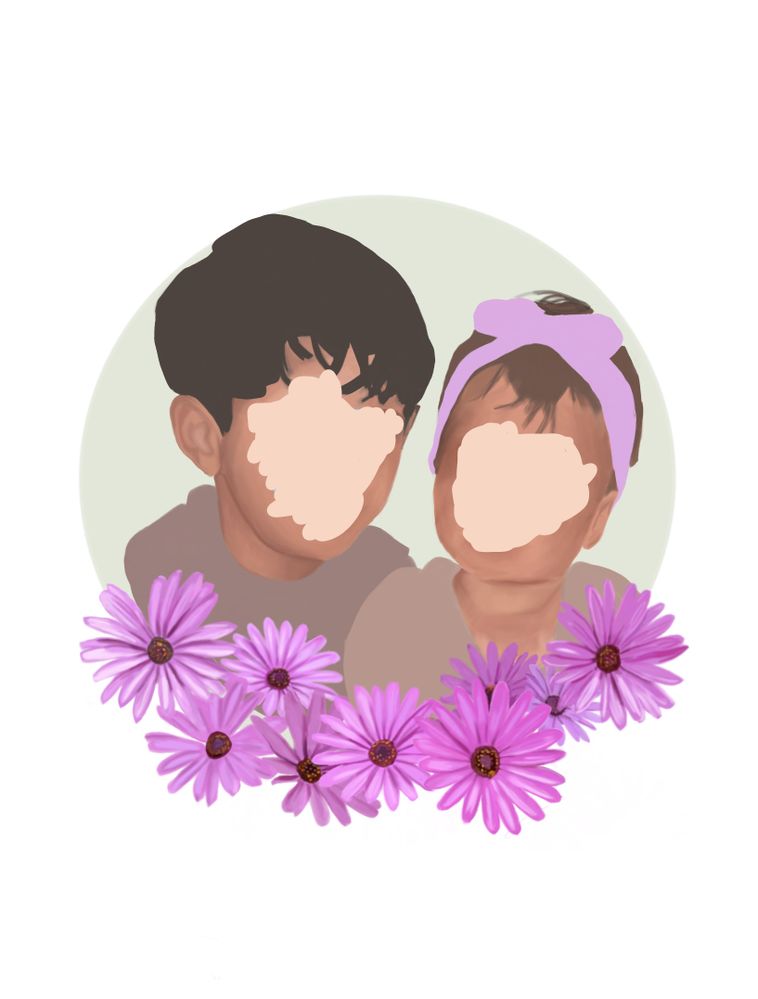 @Maddy-RO I sort of feel a bit like things are really pointless. I had a nap and I just watched cars drive by and layed in the sun for a while.  I'm inside now watching my house mate play video games and also I've been playing games on my phone.  I don't know much about digital colouring in but I've started to learn how to use a digital drawing app so maybe soon I'll be able to colour in some things. I mostly like to draw cartoon creatures and video game characters or cartoon versions of things. But really I'll try and draw anything if I like the look of it.

I don't know what I want to tell my headspace worker anymore. Last time they called an ambulance and I went to hospital when I felt like this and expressed my emotions because my worker was worried about me. Now I'm worried she'll do the same thing and I don't really want to go to hospital. I don't really want to do anything. I just don't know. I feel numb. I don't understand why I keep getting negative negative thoughts in my head. I feel like I'm a horrible person inside and if my friends and family knew what I was thinking then they would be angry and upset with me and think I am selfish. I usually talk to my KHL counselor on Sunday's (so tomorrow) but I feel like that will be pointless. I don't want to talk to anyone. What's talking going to do anyway? :/

I really like the colours in your drawing. I wish I could blend and do stuff like that. I don't really know how to though. I think I'm going to have a shower though. Not sure if I'll go for a walk but maybe I'll try reading or drawing.

I'm sorry for being so negative and useless.

@mspaceK i'm really sorry to hear you've been feeling this way and these things have happened - my family is quite dysfunctional whereas my partner's family is almost picture perfect - at the beginning of our relationship i had a bit of a difficult time coming to terms with realising just how dysfunctional my own family life was compared to his - so although i don't know myself how all of this feels - i feel like i understand a little bit about wondering why it's your family that is dysfunctional - if that makes sense.

thankyou for sharing something so personal with us

I'm sorry to hear how dysfunctional your family is too @reach804 . I find it really hard learning the kindness and love and consideration others feel in their families when my own is so messed up. I just don't understand my parents and how they could let me grow up in an environment the way they did. Too much fighting and arguments and I'm just embarrassed to be around them. I have this such deep longing for things to be different. They never will be. I cannot change my family. Sigh.

I don't know how this happened.  I have been recording my days with a mood tracker to show myself that I can have good days and this month I have had lots of good days and then all of a sudden this whole week and a half has been so bad. Sad and depressed and anxious and overwhelmed. Right now I don't really know what I'm doing with myself but next week I am working 3 days only.

I feel on edge and I don't know why. I have finally paid back my money debt and I even have lots of savings so money isn't an issue right now.

and my health and trying to figure out what to eat. Hmmm. And my motivation. I feel like I'm constantly complaining to you guys. I'm really sorry.

I feel so alone

I'm so sorry to hear that you're feeling so alone, and thanks for posting your feelings.  That is why we are here

Well done for paying off your debt; that is a big deal!! I'm going to be in debt until I'm 60!  I hope you can find something you can do that you enjoy such as movies, drawing, video games?  You should reward yourself for your awesomeness.  A friend sent this to me so I thought I would post here.

@Maddy-RO I just drew this one tonight from Toy Story.  I'm feeling really restless so I decided to draw. I was reading before but changed to this. 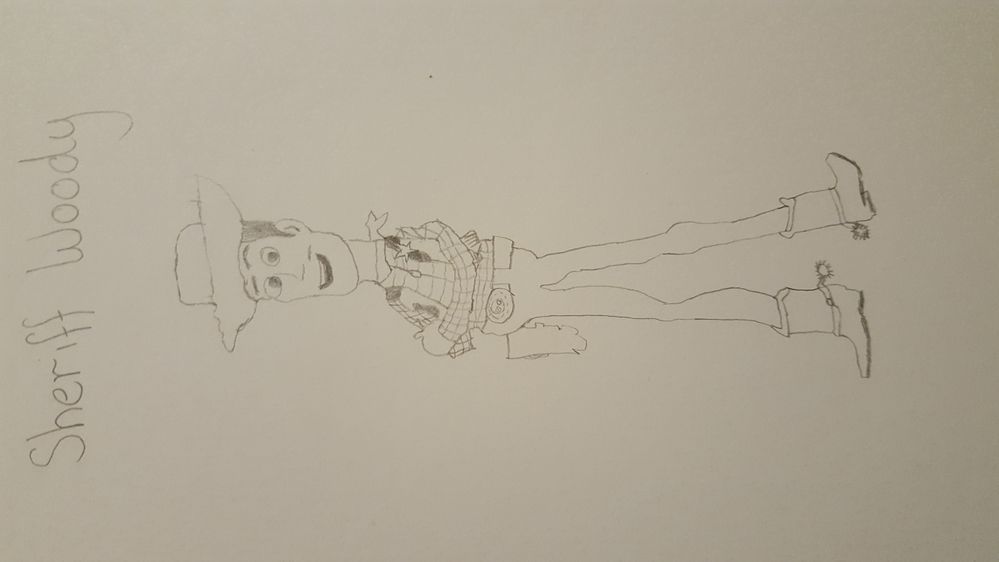 Hi @TOM-RO . I decided to do some drawing. I couldn't imagine having another huge debt hanging over my head.