Sign In
Turn on suggestions
Auto-suggest helps you quickly narrow down your search results by suggesting possible matches as you type.
Showing results for
Search instead for
Did you mean:
Options
Highlighted
Bananatime04
Super Star Supporter

it’s also a really nice day here too! And yesterday was good as well. Yesterday I took Eddie for a walk in the morning while I talked to my khl counsellor then I saw my school counsellor walking her dog and just as I saw her I walked through mud with my WHITE shoes and I was not happy but it was kinda funny. Then I spent the whole day watching footy in town with my friend and 2 other people. That went from like 12pm to 5pm. Then I came home and watched Netflix. But yea the footy was really good, we spent most of the time talking instead of watching but it was still good.

***POSSIBLE TRIGGER WARNING***
Oh there was also this drunk pedophile (I’m not being rude by calling him this, he literally has a history of some really messed up stuff) and he was standing behind our seat drinking. There were sooo many 3-6 year olds running around and he went up to one of them that was crying with his mum and was leaning over him (legit nearly fell on him because he was so drunk) then the kids mum told him to leave because he was touching him and then this drunk man came up in my face leaning over me (I couldn’t move) and was pointing in my face saying “oi did you see that? Did I do wrong or right?” I was so scared and was about to have a panic attack but my friend answered for me and said we weren’t watching him, we were watching the game. Because either answer to his question would’ve been bad, telling him he done the right thing would make him think touching little kids is okay and saying it’s wrong would’ve made him made and that would be scary considering how drunk he was. Yea he also went up to a baby in a pram and tried to take her out. He was scary but he was gone when the police came. Other than that, I had a good day

We also got Thai food delivered for tea.

Today is just a relaxing day. I had a dream about Macy and woke up crying but since then, I’ve been really good.

what did you get up to?

oooooof that would be so so stressful, I hate it when that sort of thing happens - I am glad you guys came up with a way to get out of that! The guy sounds really gross and creepy

but that does sound like a really cute day overall! did you like the vibe of the with the other two people who went with you to the footy as well?

And my day was really chill, I made kofta after work, which was a good time, and then I'm gonna teach my housemate how to sew some face masks! she's my best mate ahahahah, but we've pretty much been living in each other's pockets since quarantine lmao

@Andrea-RO yea haha this is so awkward but one of the other people there was the guy my friend likes and his brother is who I like 😐 hehe imagine becoming sister in laws with your best friend! There’s nothing official yet but the vibe was really funny

the other guy that was with us was just the guys friend. The guy I like was actually playing footy. It was nice to meet his brother though. I also met his little sister and omg she was so cute! She’s 7

Does any of that even make sense? 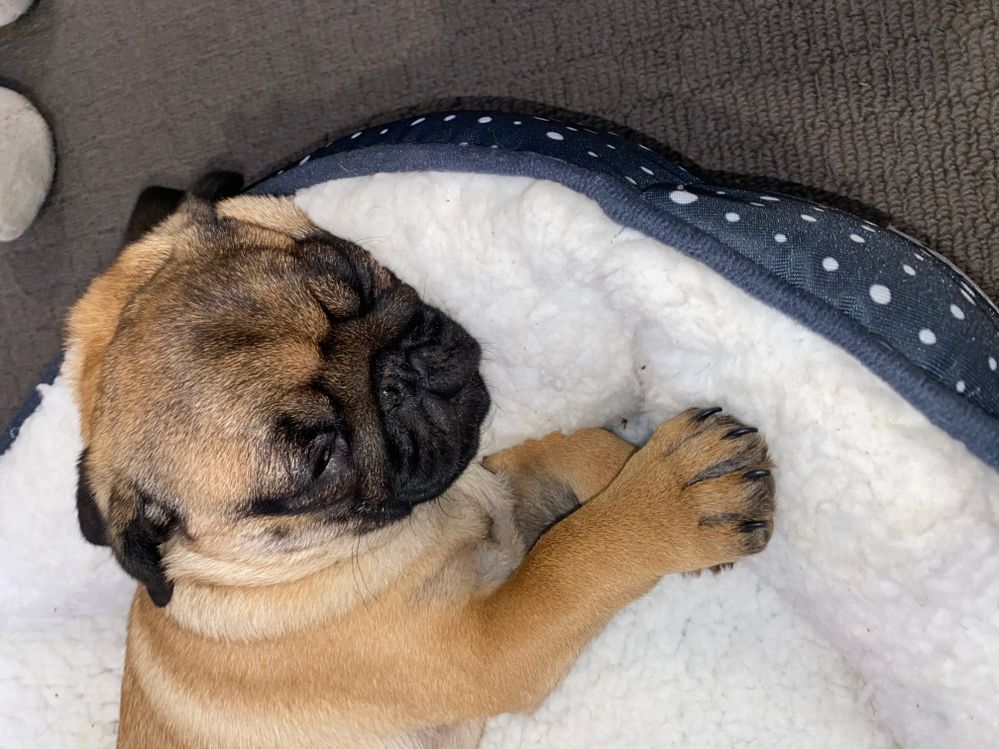 ooooooooo, that's so sweet!! it would be so so cute if you were sisters in law! Plus it's good that you were getting along with his family! (hehe)

And I'll see if I can post a pic of them when I'm next online!

Oh my goshhh look at the little puppy so cuteee 😍

Here's a pic of my boy when he was younger. Fun fact- his nickname has 3/4 of the same letters as little macy does--> M A _ Y but that's all you'll get from me

No guessing his name on here! You may refer to him as Ma(?)y or Ma(?) if you want 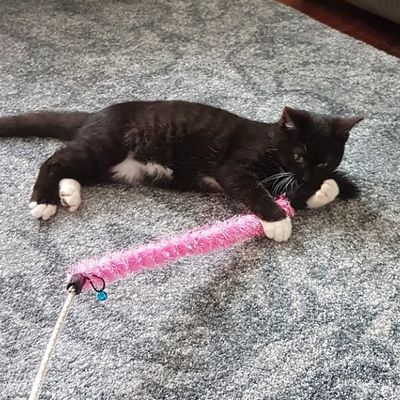 Your cat is very cute Lost_Space_Explorer5

Sure @Bananatime04, what's on your mind?

@Sophia-RO so there’s this statement “mental health is not an issue for young people”. What are 3 reasons this is not true?
Reply
0 High Fives
High Five Lurking Days
Announcements

We had a chat about post-iso bucket lists! What's on yours?

Check out our Weekly Wellbeing all about our favourite Live Cams!

Got a question about opening up to parents about mental health? Submit your questions here for an upcoming Ask a Pro Live!