Sign In
Turn on suggestions
Auto-suggest helps you quickly narrow down your search results by suggesting possible matches as you type.
Showing results for
Search instead for
Did you mean:
Options
Bento
Contributor

The other day one of my favourite Youtubers by the name of Spechie posted a video where she talks about the effects of loneliness and social isolation, and how it affects mental and even physical health. I highly suggest watching the video for yourself, as I found it very eye opening. Here is the link to it: https://youtu.be/2zILNv5CyxM

I am well aware that I’m an introvert, and most likely as a result of my aspergers I have trouble processing and coping with difficult times. I thought I might have social anxiety, since I often feel uncomfortable and on edge being around people or even just out in populated places, but now I think it is more social isolation. Because of many bad experiences with people in recent years, from people in school or courses to people on the internet or in the outside world who have upset me with their toxic behaviour, I have developed a very negative outlook on the world, as I find it hard to trust people. And if this isolation can have such a negative impact on your mental health, then that would explain a lot. Check out the video and then tell me what you think.

Thanks so much for sharing. I watched the clip and it was very interesting. I guess I'm not that surprised that social isolation and loneliness can have such negative impacts on one's physical health. After-all, humans are social beings

. I did find the difference between the online/offline friendship thing interesting - I'd never really thought of that before.

You mention you are socially isolated & introverted. I'm wondering, does watching that video motivate you to try and make social connections?

I just watched the video again to make sure I was clear on it, and I don’t isolate myself from everyone. I live with my mother and older sister and I talk to and go out with them often. Me and my sister even consider each other best friends. More recently I’ve gotten a guardian as part of my ndis support, she’s around my age and I get to see her on the weekend. I like going out with her but it takes me time to open up to people, and I’d like to be more sociable. Every time I go to a course or something I hope to find someone I can become friends with; and not just someone I only hang out with during class and don’t see again after the course ends. I want someone I can talk to outside class and have a real connection with. Unfortunately it’s really hard for me due to the social hierarchy. Last course I did no one was really interested in me, or when I did talk to someone we just wouldn’t click. I also go to community radio on and off, I’m a part of a show on there that talks about video games, but I haven’t gone for a while now because I get so nervous going there and when there are a lot of people at once on the show I feel socially anxious.

Lately I’ve been living my life in constant worrying and fear. I’m terrified of the outside world, because I know all too well how horrible people can be towards each other. I’m always worrying about everything, and a lot of the time it’s just too much for me to deal with alone. It helps me to be around someone like my sister or guardian so I have someone to talk to. Most of the time I hate being by myself because I feel so vulnerable being left alone with my thoughts that always go to a dark place. I hate being so anxious to the point of paranoia. I just want to go back to being a happy person who can enjoy life.

Thank you for sharing

.  I just watched the video and found it really interesting.  I too am an introvert and have at times found it hard to find people 'like me'.  It's not easy because other introverts sometimes feel the same way.  However through practicing being social over and over, I gradually met some lovely people; so they are out there

.  I am really impressed that you are making an effort to meet people.

Are you receiving any help for your anxiety?  You can call Kids Helpline on 1800 551 800 as they are open 24/7 with trained counsellors there to listen to you.  Also, some psychologists are trained to help with social anxiety so that may help too.

You’re lucky to have met good people who are in your life right now (I assume they still are, right?). Unfortunately as someone who doesn’t really have any close friends that I get to hang out with on a regular basis, my outlook on society is pretty bleak. I wonder that if I had just one good wholesome friendship right now I would feel more positive. Someone to show me that there are still good people out there even in such dark times.

I thought I would share something my Mum sent me on Instagram a while back. I would love to believe in number 7 in particular, but unfortunately with all the negativity I’ve witnessed from people lately I feel like I have no choice but to let it bring me down. 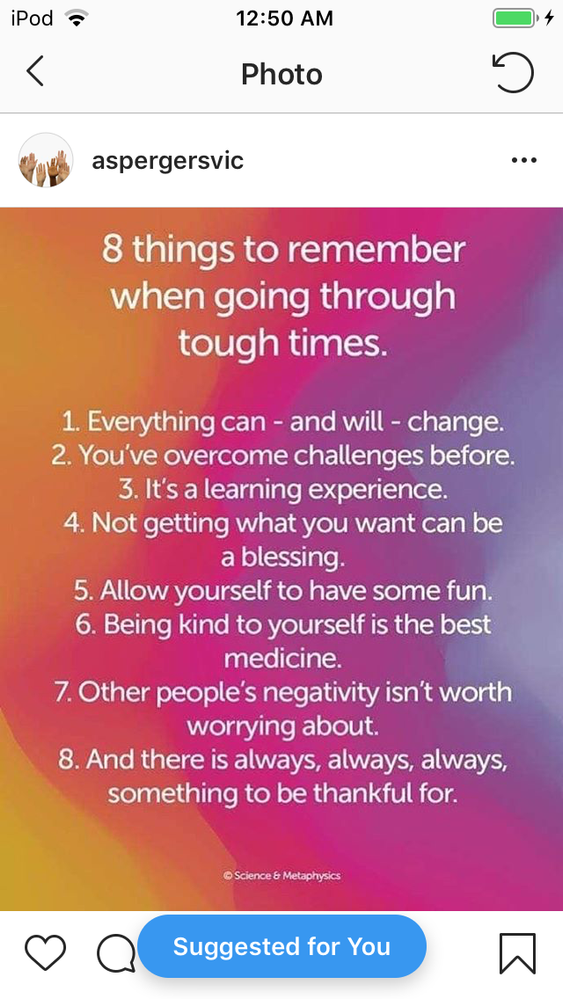 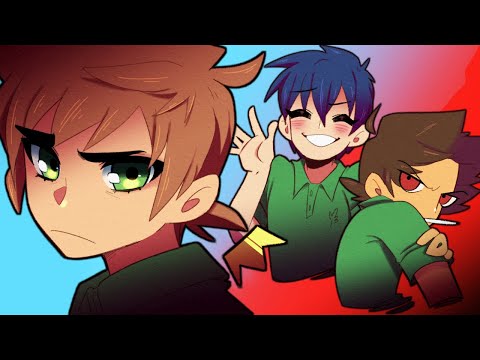 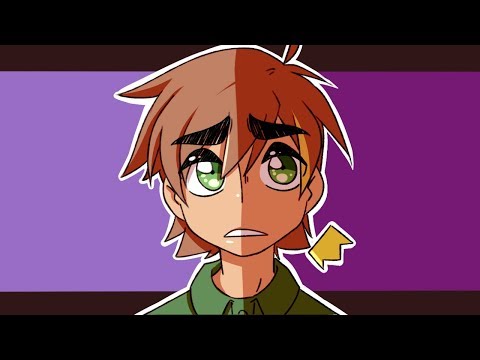 I’d like to share another video (or two rather) by another animator on YouTube who goes by Sultan Sketches on how he was bullied in school and had trouble making friends because he was victim to a social hierarchy, which I think is similar to my situation. If it makes any difference, he’s also Australian.

Hi @Bento, thanks for sharing those videos! I really enjoyed them and I like the message at the end of the last one.

Something in the last one reminded me of something my mum told me. I used to be extremely shy and my mum said that if I don't put in the effort to talk to someone, why would they do the same for me? So I think it's really great that you've been putting yourself there and making the effort. It is a very courageous thing to do. I'm sorry about the negative experiences, that really sucks and it must be hard to open up and trust others again.

I understand what you mean by wanting a close friendship where there's a real connection. I do think that a close friendship can really change things like feeling less lonely in the world. I have two friends whom I'm very close to and it was a long time before I met them. It's hard for me to find someone I 'click' with, and I think a lot of it was based on luck. One I met in class and the other I met at an event I was interested in. It does take effort to organise meet ups and maintain the friendship, but I think it is worth it in the end. I think close friendships result from sharing experiences with each other, and talking about the ups and downs of life.

It's awesome you're part of the community radio show. Do you enjoy going there? Are there often a lot of people at once at the show?

I hope you don’t mind if I go a little off topic, but this links to what we’ve been talking about and it’s important.

Today I heard there was going to be a climate strike in Melbourne, so I decided to stay home out of fear. I have had a negative experience with rallies like this recently for being very negative and seemingly only making things worse. However, I have a weekend pass to Vidcon on right now, and tonight the opening show was on so I decided to go. But what I didn’t expect was that people were still leaving the city from the rally, so when I was on the train, I saw many people with signs and t-shirts from the rally, and it terrified me. From what I saw, it was so negative and hateful, and it made me feel so afraid; I was starting to have an anxiety attack and desperately tried calling my family to talk to someone so they could console me. I ended up talking to Dad and I explained and he helped calm me down for the time being. Although I was still shaken up, I was able to enjoy the Vidcon opening show. But then, during the train ride home my anxiety attack started up again, and when Mum picked me up I tried explaining how I felt and worked myself back up into a state of panic. I calmed down again, but even now I’m scarred by what I saw today. Lately I’ve been afraid of going into the city because lately almost everytime I go in something upsetting like this happens, and this has only helped validate my fears even more. My loneliness comes into play here because when I’m alone and vulnerable like this, my mind starts being mean to me. I’m left alone with just my negative thoughts playing on repeat over and over. I wish I could be with somebody to help me feel better, but it’s because of the society around me that I’ve ended up like this. A lot of the times I feel like Melbourne has become a very negative, mentally unhealthy place for people like me. At the end of Sultan’s video I shared, he says why spend your time on somebody toxic who puts you down and makes you feel like s**t when you can surround yourself with awesome friends. But for me, I feel like I’m stuck with the toxic people because I can’t find positive people, or when I do, I hardly ever get to see them and I don’t feel like we’re really friends.

Hey @Bento first of all I want to say well done for still going to VidCon when you were feeling so anxious. That's really, really brave.

It sounds like your anxiety levels have been quite heightened and I'm wondering if focusing on something else might help, so how was the Vidcon opening night?

The ReachOut Online Community has had a design. Read all about it here!

We had an AMAA with Reframing Autism, check out the conversation here!