Sign In
Turn on suggestions
Auto-suggest helps you quickly narrow down your search results by suggesting possible matches as you type.
Showing results for
Search instead for
Did you mean:
Options
mrmusic
Mod

January 26 is an important and meaningful day for many people. This thread is a safe place to have a discussion about the day, and what it means to celebrate Australia Day! 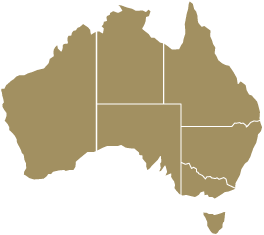 We have a couple of resources for you to check out about knowing more about Australia Day and some things to do if you're feeling stressed about the day. ReachOut will also be at the YABUN Festival in Sydney on Saturday.

We would really like to hear your views on what this day represents for you, and how you mark the occasion. Please remember to keep this discussion respectful and inclusive.

So, to get the ball rolling, here is a question for everyone:

Thank you @mrmusic for starting this important discussion! know it's something we're all thinking about in the lead up to  January 26, and it's super important that we talk about it.

The day can be really distressing for some people as it marks the beginning of the colonisation and destruction of Aboriginal and Torres Strait Islander land and culture. This is something all of us should be mindful of, regardless of how we feel about the date.
The ongoing trauma that Aboriginal people face in Australia, is something that I think needs more ongoing attention and action.

With the hottest 100 countdown now moved from this date, the day will be an opportunity for me to attend events such as Yabun  -  and a good opportunity to learn from Aboriginal and Torres Strait Islander people and seek to better understand their culture and history.

On the public holiday itself, I will listen to the countdown, and enjoy time with my friends, feeling very grateful for this amazing country.

I’m so glad we are having this discussion 👊🏾
I think we should celebrate this great country we live in, definitely because we have so much to celebrate, safety, diversity, the country itself and all its beauty, but not on January 26. Australia Day should be an inclusive celebration day for all, and this date that it’s currently on isn’t inclusive.
I’ll just be hanging out on home on Saturday, might have a couple friends over, nothing out of the ordinary, in fact I might even have some work on, then on Sunday i’ll probably do similar but have the hottest 100 on. I might go to a BBQ on Saturday but to me it’s not an Australia Day celebration, it’s iust a get together like a lot of weekends.

I agree with @gina-RO and @Saltwaterdreamtime, this day is quite distressing for some people because of the destruction of land and culture and for other reasons. I don't personally know to much about that to be honest but I definitely understand why there are some feuds about it. I think that Australia should maybe move it to another day because we have a right t celebrate our country but also, Aboriginal's and Torres Strait Islanders have the right to there land and the date is a bit inconsiderate

Every Australia Day we usually blare 'Give me a home amongst the gum trees, with lots of plum trees and sheep or two and a kangaroo' etc. etc. Oooo it's John Williamson that's the person hehe and we chill in our pool, have some mango dakeries (not me, that's underage drinking

) and  lamp chops for tea

Such an important topic @mrmusic !

Like @annabethxchase I don't know a lot about the history behind Australia Day and such, but I had a bit of a read earlier through the first link and found myself having mixed emotions when I was looking through the timeline that the article links to. Most was sadness and anger at how Captain Cook named it "nobody's land" (Clearly he didn't venture very far before deciding that!) and how Europeans took over.
I was surprised to learn that the 26th only became a public holiday in 1994. I think that shocked me the most

What do you think of January 26? How do you mark the occasion?
I'm a bit on the fence about celebrating January 26th - I've never really understood what and why people celebrate...
With learning more about the history of January 26th I'm even less likely to partake in celebrations...
I think though that as @saltwaterdreamtime said we have lots to celebrate about the country - the beauty, diversity, so I guess looking at it that way, I see the idea around it. But I agree with choosing a different day to celebrate the land.

I wonder for those of Aboriginal and/or Tores Strait Islander heritage, (purely out of curiosity) would having the focus of the day about your heritage and culture feel more inclusive? Such as the Yabun event @gina-RO linked?

Thank you for posting this @mrmusic, it's nice to have an open discussion about these kind of things.

Personally, I always feel uncomfortable talking about this, so I'm sorry if what I say comes across wrong, but just know that I'll try to get out what I'm saying in the best way

When I was growing up, I didn't even understand why we celebrated on January 26 -- it was just a time where my family got together and we all put on those temporary tattoos and we all celebrated being Australians (I guess?). As I've grown up I've come to realise the cultural considerations around this event, through school and generally living in this country.

I do now typically feel guilty celebrating on January 26, but I want anyone who has taken offense to what I've said to know that I don't celebrate the invasion of this land, I think what has happened in the past is disgusting. I celebrate the fact that I'm living here in Australia, a country not affected by war and conflict, where people can live with a higher standard of freedom than most countries in the world. I'm so grateful that I'm living in this country.

People have said to me in the past that because I celebrate on January 26 it automatically means that I don't have an issue with what happened to ATSI people in the past. This really frustrates me honestly -- as I said before, I do have an issue with it, and I know that all my family members who celebrate Australia Day do too. Maybe I do sound bad? I don't know. I probably do.

January 26 marked the beginning of generations of pain, but also the day Australia became part of "the making of the modern world", the reason why I'm sitting behind a laptop screen right now. I think it's pointless me trying to think about different scenarios as to how Australia became a British colony, but honestly, during that time period it was destined to happen. It's just terrible that it happened in the way that it did.

I know my opinion will probably stir some argument, and I'm happy to reply to anyone. I know what I said probably doesn't portray what I believe, mainly because I just struggled to find the right words :/

Thank  you for sharing this @unwind!

Colonisation was and is a painful and awful thing experienced in Australia, and its important to acknowledge that.

But you're right that celebrating the good parts of living in this country, and thinking about all there is to be grateful for, is a great thing to do

The current date is painful - there are many other dates the celebrations could be had by everyone.