Sign In
Turn on suggestions
Auto-suggest helps you quickly narrow down your search results by suggesting possible matches as you type.
Showing results for
Search instead for
Did you mean:
Options
MB95
Star contributor

Yeah I agree @Janine-RO. It's so much easier ignoring everything and pretending there's nothing wrong!!!!

I did go in yesterday and I'm so glad I did. I was pretty on edge but it was a little less overwhelming cause I think he was more prepared and knew what he was dealing with 😂 He was so sweet though and offered me some lollies and then just made normal conversation like we usually do which made me feel so much calmer. I even managed to apologize for the other day and let him know I was just really overwhelmed and he just brushed it off like it was nothing and told me even he has bad days and not to worry about it as long as I was okay now. I'm just glad I went in, and I'm going back in today and tomorrow, cause he just reminded me there are people out there willing to care and support me. Idk. I cried a bit afterwards cause it just made me feel so guilty and stupid for wanting to end my life and trying to act on my thoughts. Like at the time they were so powerful and I believed them fully, but yesterday just made me feel so cared for and sad I'd got to that stage? It's hard to explain but I guess he just reminded me that literally everyone has bad days and he made me feel like I was worth something? Idk. His kindness just really hit me and kinda gave me the shake up I needed I think.

Between the support from you guys and now him I strangely feel invincible? Like idk, I feel really boosted up and like I can do anything with you guys in my corner? It's so hard to explain. But like I was thinking of ending therapy cause it's too much and I think it has a lot to do with why I'm not coping? Whereas if I just go back to dealing with things my own way then things will get easier and go back to normal. Plus I could end it before my psych completely gives up and refers me out so it would be on my terms and not hers. Idk. Just got a lot to think about. I'm just so grateful I have you guys and him in my corner. ❤

@MB95 omg this post made me soooo happy!! I'm so glad you went in and had a chat with the admin dude, he sounds like such a kind person. It's amazing what connecting with good people can do to lift your spirits. You know what, you can and and will do anything you put your mind too. You are such a resilient person, you just keep pushing forward, even when things are so tough - and it pays off.

Do you think chatting with your psych a little bit about ending the sessions would help you make a decision? Anyways, I just want to say that you done such a good job of getting through a tough time without your appointments and that in itself is such an accomplishment.

And there were lollies involved! Bonus! Haha... Anyway with the wanting to end sessions it's up to you, maybe sit on it for a week or two to see how you're feeling. And make sure you're doing it for reasons that feel right to you!
Reply
1 High Five
MB95
Star contributor

The lollies were a total bonus @Lost_Space_Explorer5 and absolutely made my day! It was like he wasn't sure what to say so broke the ice with a 'peace offering' ahaha

Thankyou so much @Bre-RO I really do apprecite the support you've given me over the last bit, I know I wouldn't have got through it without you ❤ I'd hate to think of where I'd be after the other week when none of my supports were available so THANKYOU so much for stepping in and helping me get here. I really can't say thankyou enough!! I'm just so grateful to all you RO staff and really wish there was something I could do to show my gratitude in person!! You guys rock!!! 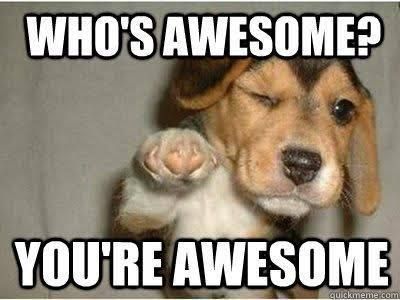 @MB95  that is great you are feeling supported and cared for it is always nice to be reminded of those things. doing therapy or not is your choice but it could be the case that taking a break might be helpful you could take some time to figure out what exactly it is from therapy that you want/need and then maybe when or if you decided to go back you might have a better idea of what direction to take. idk just a thought.

Thanks @Eden1717, that's such a great suggestion and one I'll think about for sure! I think I'm just going to keep sessions as they are for the next few weeks till my exams are over and then once uni is done I'm coming off the meds and will look at either ending or maybe taking a break from therapy for a bit. I have my first session next week after 4wks of nothing so we'll see how it goes. But idk, just quietly I think I'm kind of proud of myself for pulling through the other week without either of my psychs. Kinda made me realise I don't need them? Idk. I definately needed support but was able to get that from people on here so just made me stop and think. I have a feeling I won't be relying on them much anymore 👍

@MB95  good idea to wait until after exams before deciding/changing anything. i am glad you are feeling stronger and empowered to be able to cope with things.

It sounds like you have it figured out @MB95. I can understand why you feel proud about pulling through the other week! It was a tough one and you got through it

You have every reason to be proud. Sometimes it can be helpful to just know that the support is there if you do need it. Is there anything that you are expecting out of your next session?
Reply
3 High Fives
Lost_Space_Explorer5
Mod

I'm glad the break from therapy had something positive come from it- you realised how strong you are! It's of course your choice what you want to do moving forward. And its good you'll be waiting till after exams to make a decision. Whatever you choose I'm sure will be the right decision for you
Reply
1 High Five
MB95
Star contributor

Thanks @Lost_Space_Explorer5. I don't think I'll make any decisions before exams cause I've been feeling a bit off today and yeah idk. Exams are crazy at the best of times so I don't wanna completely throw myself under the bus with them, it's taken alot to bloody get through this semester and if I fail I'm not going back so kinda can't afford to throw a spanner in the works atm lol

Thanks @Taylor-RO. I don't really know what I'm expecting from it to be honest. I kinda just feel really weird about it. And I know it's stupid and totally not fair on her but I'm kind of angry she wasn't there the other day when I really needed someone? Idk. I don't quite know how to explain it but I just feel weird and part of me doesn't want to talk to her. I also have a GP appointment tomorrow that I'll probably cancel again but I cancelled last week so she will probably call if I don't go tomorrow and I don't want her to call. I kinda just want them to forget about me. Idk.

I'm fine, just been feeling a bit strange today and can feel things creeping in but I'm trying really hard to ignore it all cause I know I was kinda really positive the other day about feeling good so I don't wanna go back on that. Just feeling slightly off but I'm sure doing an assignment on depression all day also probs hasn't helped so I'm gonna blame that! It's unis fault 🤣

Happy Holidays from ReachOut to you! Check out December's fun calendar here!

We had a live GR all about happiness- you can still check it out here!