So this thread doesn't really have a purpose, it's entirely self-indulgent and will be filled with either gifs or pictures and (if anyone actually cares) will be filled with spoilers for the show, and movie too I guess? Meh, I really want to talk about this dumb LEGO show and I'm going to

I should talk about the characters first, because without these dorks, the show would probably be very boring. I'll limit myself to one image per character though, because otherwise this post would go on forever 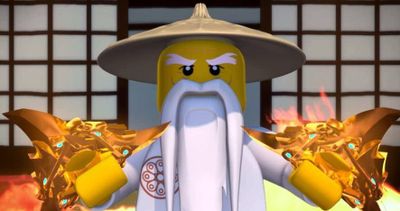 This guy ^ is Master (or Sensei, depending what season of the show you're watching) Wu. He's the teacher of the ninja and helps them on their journey and keeps secrets from them to "protect" them. He's alright. He can be ridiculously cryptic and is somehow more powerful than he lets on but all in all, he's a pretty cool dude. He does have a beyond silly voice in the pre-season episodes but it gets better. 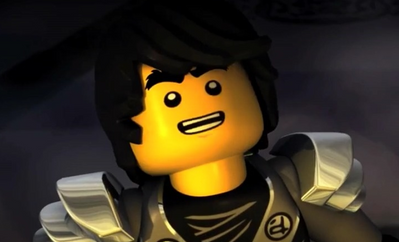 This guy is Cole, the Black Ninja or Master of Earth! He's the leader of the ninja and he's amazing. He's just, great okay? What more do you need to know? Cole is amazing. I'm really bad at describing things. He's great, a great person, a great ninja. He wields a scythe and in the movie uses sound as a weapon (because sound is earth now? Who knows what the movie was thinking). He's the calm leader, the rock (absolutely a pun) who holds everyone together. A very kind ninja. Wonderful.

In the movie redesigns, he wields a hammer instead of a scythe but that's all that changes. 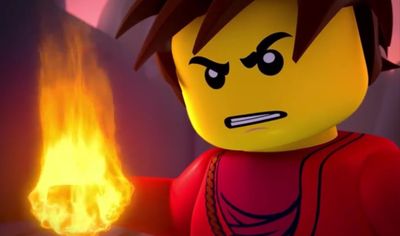 ) He's the Red Ninja and the Master of Fire and he's the hot headed, best big brother and great ninja. His weapon of choice, a sword. He is a blacksmith like his parents although his skills sure need some work. He's definitely overprotective of his sister Nya and adopted sibling Lloyd and he's wonderful, he hates water although I'm pretty sure he walked in the ocean during the first season so I guess the writers forgot that? and he's a dork. 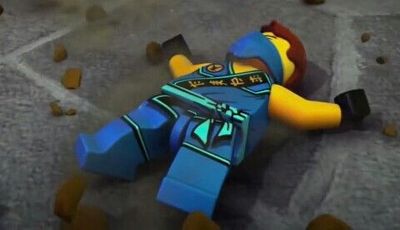 Ah yes, this is Jay, the Blue Ninja and Master of Lightning! You can't see it from this great image but he has a notch in in eyebrow (that the movie got rid of, cowards) and he is an inventor! He is from a junkyard and has two lovely parents named Ed and Edna (they're great) and is very much a blabber mouth. He uses nunchucks as his primary weapon and he is the biggest dork and gets screamy sometimes but he's wonderful. Plus he has a huge crush on Kai's sister, which makes for some fun with the characters.

This nerd uses a bladed flail in the movie, a bit like nunchucks but one end is sharp. 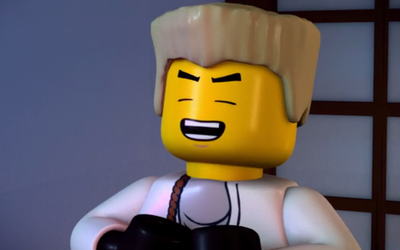 A beautiful soul, this guy is Zane, the White Ninja and Master of Ice. First spoiler of this post: he's a robot or Nindroid. And he's wonderful. He's calm (most of the time), cool (definitely a pun) and very smart. He's also a bit weird, which is probably why he's my favourite character (by a hair). His weapons are shurikens. I love him a lot. His theme is also one of my favourite pieces from the soundtrack. Plus he has a falcon buddy who acts as a guide for the ninja and I am all for animal buddies!

In the movie redesigns, he uses a bow and arrow but he still has his shurikens. 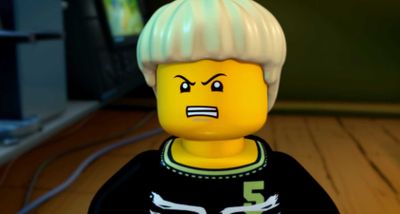 And this little guy is Lloyd! Yes, he is one of the ninja but I'm not telling you which

He's a bit evil and naughty at the start and it takes him time but he eventually warms up to the rest of the ninja. His weapons are his power and swords, just like his adopted older brother Kai! (Not literally adopted, but basically is). He's smart and brave and turns out to be quite the leader too. Not to mention wise as well.

His movie version changes a lot, giving him coloured eyes and thick (can you call it thick?) hair. Weapons don't change much though 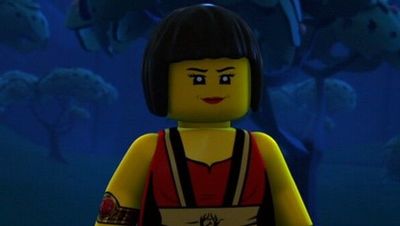 And here is the only girl, Nya! (Don't worry, more girls show up but they really could use some more). She's not quite a ninja yet but maybe in the future... Anyway, she's wonderful. She is Kai (the red one)'s younger sister who gets kidnapped to "awake Kai's fire" but really if it was the other way around she still would've kicked butt. She really smart and builds tons of things, a bit like Jay but more secretly. Although she is the love interest of Jay (he was the blue one), she does so much more than just be a love interest.

Her movie redesigns changes her a lot too. And gives her a spear! Plus sais I think.

I think I should stop here for now... I can feel the forums giving me the evil-eye. Who knows if this will even post! Fingers (or claws

No problems with self indulgent threads like this @N1ghtW1ng!

Thanks for sharing with us @N1ghtW1ng!

I think it's really cool how Cole uses sound as a weapon, that's an idea I hadn't heard of before in fantasy type things! How many episodes/movies are there so far?

The order is seven seasons, the movie(which had different storyline and designs) and two more seasons with their new designs but the tv show storyline. Season 9 isn't out yet but the first episode airs this weekend if I can figure out which channel

Also remind me later to talk all about the seasons, the villains and anything else really! I want to tonight but... not tonight.
Reply
2 High Fives
Highlighted
mrmusic
Mod

@N1ghtW1ng Who’s the one in your avatar?

It's his movie version, which I find adorable because he has freckles!!!! Although I do miss his eyebrow notch. It would be perfect if they'd kept the eyebrow

https://www.youtube.com/watch?v=pT7YPn_Fi78 (from 0:55 is the scene where the image is from)
Reply
1 High Five
Highlighted
N1ghtW1ng
Mod

This set is from season 9 (because of Skylor, the orange one, who wasn't in season 8), Samurai X (whose secret identity you know if you've watched episodes but for the sake of spoilers I'll remain silent) Nya and Lloyd (ninjas, although Lloyd doesn't have a mask and Nya does so I'm going to have to get the reverse too) and the villain. (whose name is unspoken also because of spoilers)

This one has my favourite character (Zane, the white ninja) but I'll still need to get him without his mask) and one of the villains Mr E. Snake Jaguar is Zane's disguise name.

This set also has my fav Zane, plus some villains and Jay (a ninja, obviously

) Still need him (and Zane) without their masks!

Those are all the sets I got, but there's one more I want to get which is the one below because it has Cole and Kai, two more ninja who I don't have. Plus that red dragon looks awesome!!!

(I also self-indulgently want this one too, which has the main four ninja! and looks amazing)

@N1ghtW1ng been a while since you posted some Ninjago magic on here! How're the Lego sets going?

Okay @lokifish you MUST remind me later to post a BUNCH of pictures of my lego sets. I'll even get my camera out and make it like a real shoot!

@N1ghtW1ng ahhh so good ! reading through the first part of the thread it reminded me of some things i forgot about ninjago ! i have to say i did enjoy watching as a little kid but haven’t really watched it recently - maybe i should