Sign In
Turn on suggestions
Auto-suggest helps you quickly narrow down your search results by suggesting possible matches as you type.
Showing results for
Search instead for
Did you mean:
Options
Highlighted
Andrea-RO
Mod Squad

With holidays coming up, a lot of you guys might be going travelling, so this is a new thread where you can share any funny, crazy, interesting, and sweet stories you might have.

And don't hold back from sharing any good stories you might have from past trips!

To get the ball rolling, I'll start by sharing a story about my recent road trip from Melbourne to Sydney :smileyface:

Unfortunately, I was more than a little tired on the last day of the trip, and so it was a bad idea that I was in charge of navigation. Not realising that I hadn't actually hit enter on the google maps, we drove off and just kept driving. Cut to 4 hours later, and we have accidentally found ourselves in a small country town a cool 150km away from where we should be. While my mates weren't super enthusiastic about this little detour at first, we made the best of the situation having a night picnic in a local nearby park. Best part was definitely when a beautiful kitten decided to come keep us (and our food) company! 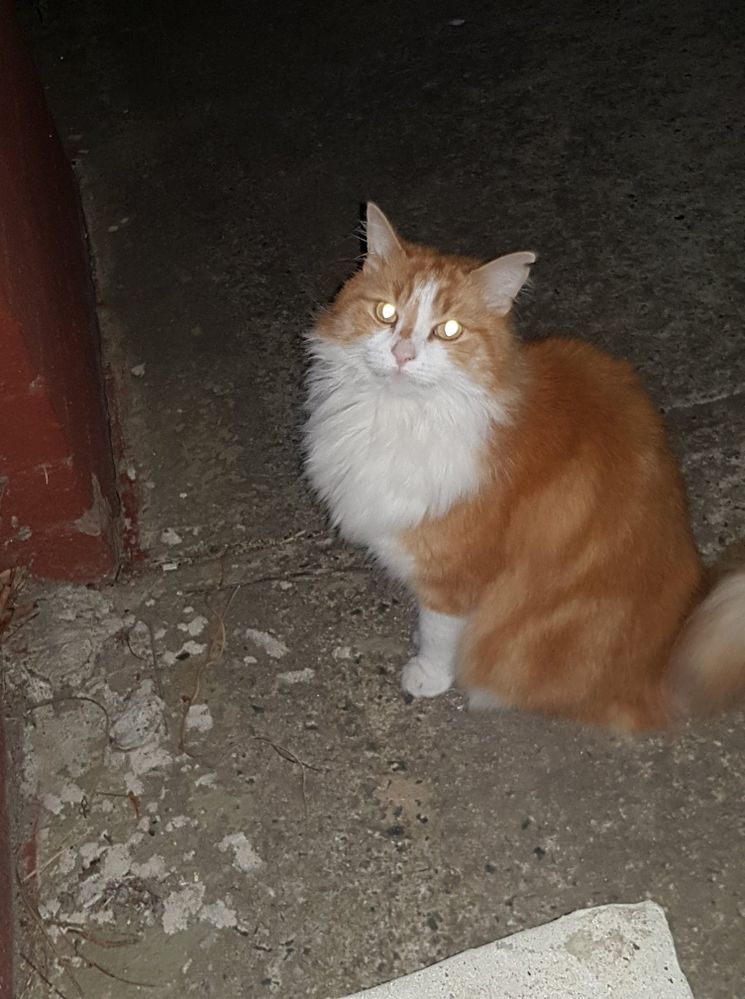 @scared01, @Bananatime04 @Tiny_leaf @WheresMySquishy (or anyone else!) do you have any good travel stories you'd like to share?

hey @Andrea-RO  i didnt get this tag either. im guessing abit of a glitch happening?

Loved reading your story though and getting lost. good you made the most of a tricky situation though. the cat looks cute and friendly- though im sure thats cause he/she was wanting some of what you were eating!

**NEVER be afraid to ask for help because you're WORTH it!**
Reply
1 High Five
Highlighted
scared01
Builder

ive literally just gotten the notification for you tagging me here @Andrea-RO almost an hr later but none for the other thread
**NEVER be afraid to ask for help because you're WORTH it!**
Reply
1 High Five
Highlighted
Bananatime04
Super Star Supporter

Thanks for the tag @Andrea-RO! I’ll have a think about this one as I think I may have a story to share but Can’t think of one right now..
Reply
0 High Fives
Highlighted
Tiny_leaf
Builder

Probably not that interesting, but there was the time I "became" a pelican when I was younger.

Or rather, when I followed a random pelican back to a small flock of them, and "waddled" up to the group.

I think they accepted me, most of them didn't give me any more attention than they gave to the real birds and went on with what they were doing.

Except for this one pelican, who glared at me the entire time. Little me was so offended

@Tiny_leaf  That reminds me of a time when I was on holidays when I was younger and I thought a pelican was Big Bird from Sesame Street!

Funny holiday stories:
- I got chased by a sheep or goat at one of those farm attractions.
- I went on a cruise a few years ago with my extended family and my grandpa, who has dementia, wandered into a random family's room, believing it was his room. He also went to the bathroom while we were having breakfast in the buffet area, but never came back. We ended up finding him on the pool deck, thinking that was where the buffet was.
- We went whale watching in the Pacific Ocean while on holiday once. The seas were really rough and we all ended up seasick the whole time. When we finally got back on land I could see the world spinning and had to stay in bed for the rest of the day. Never again!
- One of my family members visited a fast food store while we were on holiday overseas, ordering a box of twenty nuggets. Instead, they were given twenty packets of sauce and no nuggets!
- In New Zealand, we went to a small local museum. One of the staff members was giving a tour and explaining the history of the exhibits, so we joined the group. After several minutes, a staff member said there were some guests that weren't supposed to be there. They turned out to be us! Turns out, the tour actually had to be paid for in advance, separate to the costs of the museum tickets.

- While on holiday, my sister once got her face painted as Morro from Ninjago (the painter asked her to pick a character from her phone). Two Japanese tourists came up to her later, asking to pose for a photo with her. She was like a local celebrity!
- I was on another holiday interstate with my grandparents. Grandpa forgot his passport and wallet and we only realised once we got to the airport. It ended up not being a problem on the domestic flight going there, but then the flight to get home was changed to an international flight. While the rest of the family went to sort out our luggage, I had to stay with my grandpa as he was questioned by a customs officer. They let us go eventually.

Sweet holiday stories:
- If one family member is in a wheelchair, staff usually go above and beyond to make their experience special. Cruise staff organised a wheelchair-friendly taxi for my sister. They would also push her around the ship. Some street buskers also saw that she was in a wheelchair and decided to serenade her in Fiji. Once, we went to a theme park and the staff organised us to be in a special VIP area with an unobstructed view of a parade. We also got faster access to rides and meet and greets. One of the characters even asked about her wheelchair, staying in character. He was so awesome and cracked us up.
- This didn't happen to us, but one of our friends who was also on a cruise. He had bought his child a stuffed animal from the gift shop but they ended up losing it. They returned back to their cabin to find that the staff member in charge of their room had bought them another one with his own money and left it on their bed.
- While on holiday, my sister wanted to visit a local sculpture-painting exhibit. It was her favourite thing to do. But we ended up arriving after they had already packed up for the day. She was upset and we started walking back to our apartment. Suddenly, a staff member came rushing out with a kit that she could do at home, free of charge! She was all smiles again.

I'm sure I have some other stories. I'll try to think of them.

so many awesome stories @WheresMySquishy!

My favourite holiday stories are:

Would love to hear where everyone's ideal holiday destination! Mine is the Caribbean

@lennycat2017  I wish I could go to Japan! I'd also like to go on a cruise from Spain to Greece and Italy. I really want to see the Caribbean one day too!

@lennycat2017 the deer must be so used to humans there...

I really want to go to the Pleistocene Park in Russia. They're reintroducing megafauna to the park, like wild horses and oxes. Some people are hoping to splice remnants woolly mammoth DNA with the DNA of Asian elephants, to recreate the mammoth steppe environment that used to exist there. (I'm going to stop my nerdy rant here, before I take over the whole thread

I think my favorite part of a holiday (even better than the pelicans) was when my family booked a close encounter type thing at a zoo.

We got to go into an (empty) tiger enclosure, help the zookeepers with enrichment activities, and then watch him play. He came over to where we were watching him, we were like a meter away from him and only separated by a metal fence. He snuffled at us.

He is huge, his head would've been wider than my ribcage.

I was fortunately able to resist the temptation to hug the big kitty.

I swear the more dangerous an animal is the more adorable I find it...

Join our Slow-Mo GR this week all about coping with uncertainty!